Internet Information Services (IIS) is a web server application and set of feature extension modules created by Microsoft for use with Microsoft Windows. It is the most used web server after Apache HTTP Server. Latest edition is IIS-7.5 it supports HTTP, HTTPS, FTP, FTPS, SMTP and NNTP. It is an integral part of Windows Server family of products, as well as certain editions of Windows XP, Windows Vista and Windows 7. IIS is not turned on by default when Windows is installed.

The first Microsoft web server was a research project at European Microsoft Windows NT Academic Centre (EMWAC), part of the University of Edinburgh in Scotland, and was distributed as freeware. However since the EMWAC server was unable to scale sufficiently to handle the volume of traffic going to microsoft.com, Microsoft was forced to develop its own webserver. 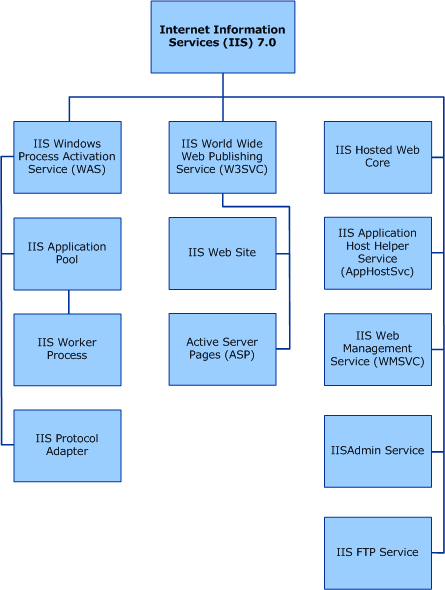 FEATURES COMPARE BETWEEN IIS 6.0 AND IIS 7.5

SERVICES INCLUDING IN IIS 7.5