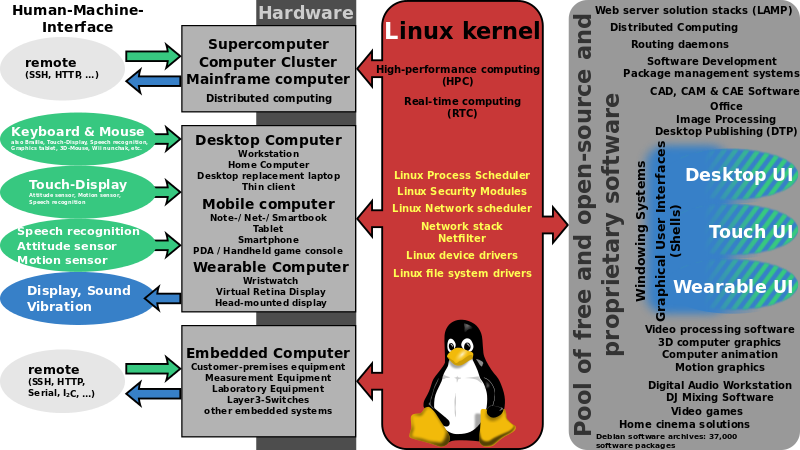 Linux is a UNiX based kernel operating system which was first released on 05 October 1991 developed by community as open source software. Linux was originally developed as a free operating system forIntel x86–based personal computers, It is the leading operating system on servers and other big iron systems such as mainframe computers and supercomputers but is used on only around 1% ofdesktop computers. The underlying sourcemay be used, modified, and distributed—commercially or non-commercially—by anyone under licenses such as the GNU General Public License. Typically, Linux is packaged in a form known asLinux distribution, for both desktop and server use.

The primary difference between Linux and many other popular contemporary operating systems is that theLinux kerneland other components arefreeandopen-source software. Linux is not the only such operating system, although it is by far the most widely used. A distribution is largely driven by its developer and user communities. Some vendors develop and fund their distributions on a volunteer basis,Debianbeing a well-known example. Others maintain a community version of their commercial distributions, as Red Hat does with Fedora and SUSE does with open SUSE.

In 1991, while attending the University of Helsinki, Torvalds became curious about operating systems and frustrated by the licensing of MINIX, which limited it to educational use only. He began to work on his own operating system kernel, which eventually became the Linux kernel.